As it is, the region has the lowest number of individuals across the country who have received a COVID-19 jab eight months since inoculation efforts began.

Data from the Department of Health showed the turnout has been a measly 9.80%, translating to only 293,050 complete with their shots out of the targeted 2.98 million. 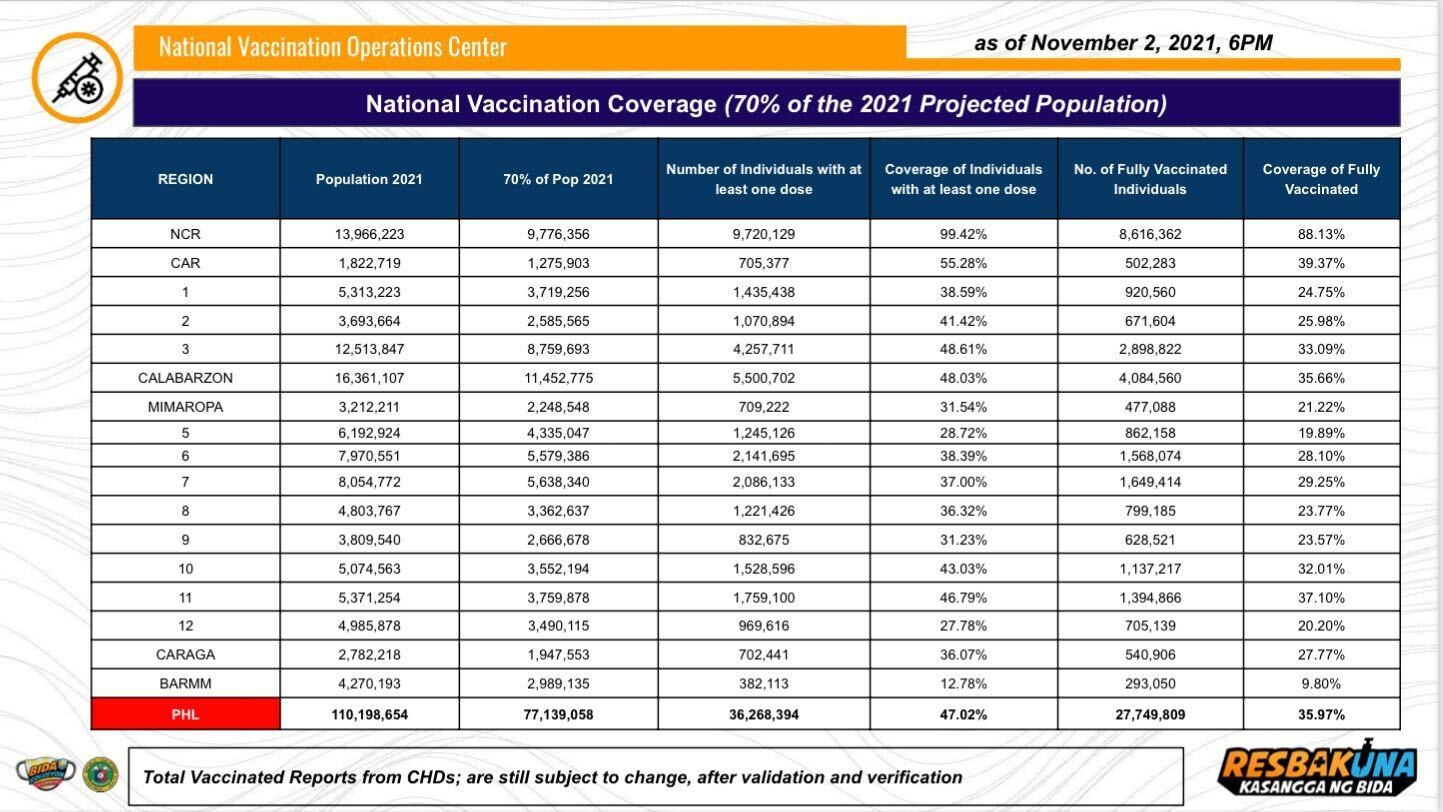 “That has really been our problem, the hesitation,” Galvez told ANC’s “Headstart” in Filipino, adding that they have met with BARMM officials.

But the administration official said they have seen a high acceptance of J&J’s single-shot vaccine after initially sending three million doses.

In March the Darul Iftah of BARMM, also known as the House of Opinions, declared the COVID-19 vaccines are “halal,” meaning permissible or acceptable in Arabic.

Galvez said they have since ordered six million doses with 4.5 million of that seen to arrive this month.

“We tend to deploy it to different areas of BARMM,” he continued, “considering also Tawi-Tawi, Sulu and Basilan. It’s very advantageous that J&J is a single-shot.”

Local drug regulators have cleared the said jab among other brands for emergency use in the country.

To date, the Philippines has received 3.24 million doses of J&J but all have been donations from the global initiative COVAX Facility.

Most of the country’s stockpile of COVID-19 vaccines remain of Sinovac, followed by Pfizer and Astrazeneca.

There are now 28.19 million Filipinos fully vaccinated for COVID-19, while 33.15 million have received a first dose.

The government is targeting to inoculate up to 77.13 million before 2021 closes. This November, Galvez said they have upped vaccination targets between a million to 1.5 million doses administered per day. — with a report from The STAR/John Unson